In 2005 Scandinavian DesignLab approached egg manufacture, Hedegaard foods, with the ambition to sell the company a new packaging design, as the design at the time was outdated. Hedegaard foods kindly, but firmly, rejected the offer. Fortunately the dialogue between The Lab and Hedegaard continued, and a long and close cooperation was launched, with a brand strategy project that same year.

At the time, Hedegaard foods held the position as the challenger in the Danish egg market, which was and is a duopoly. The challenger position strongly influenced Hedegaard to an extent where it became the company’s DNA, and thus the brand strategy and the following brand

visual identity and pack design was developed based on this DNA.

The identity challenged the way an egg manufacturer visually could portray itself, moving away from the traditional, cosy and romantic representation of the egg-production in visual language and introduced Hedegaard as the innovative, modern, competent and safe manufacturer and supplier of eggs.

Over the years, the Lab has assisted Hedegaard in challenging the egg category itself, with the development of the Livskraft concept (view the case here) and enlarging the product portfolio with a range of premium concept eggs, e.g. brunch eggs, which separates themselves

from the basic line by focusing on “Madglæde” - the love of good food - and a new product line of “Shakers”, which contains prepared pancake dough and omelette mix. 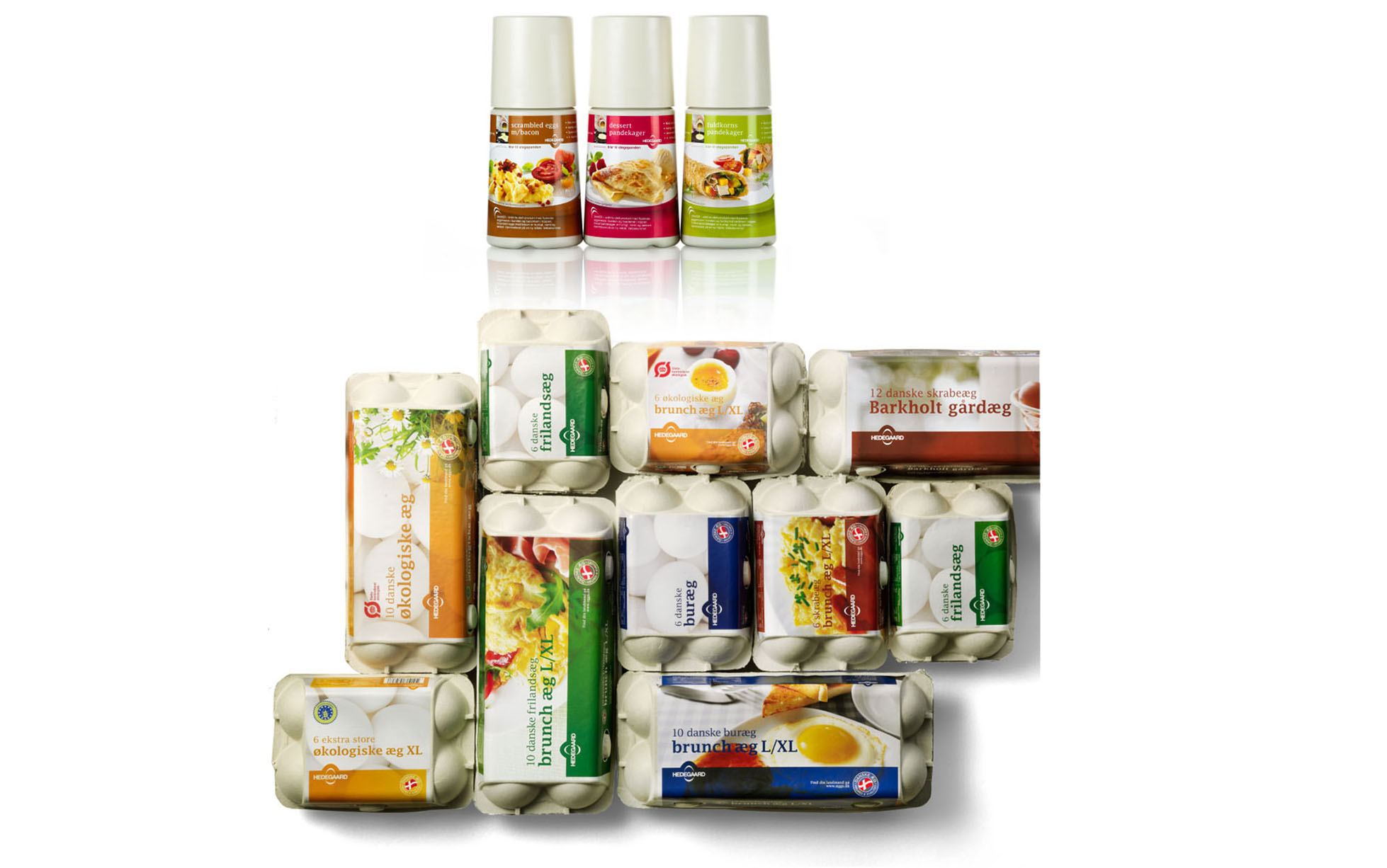